Without Dance, What's The Pointe?

I could have been a Dancer you know...God knows I tried.

First of all, I could have been in Riverdance.  I started Irish Dance classes in a little galvanised community hall in the countryside when I was about three years old.  I don't remember much about it apart from one two three four five six seven, one two three, one two three...and I remember the little tartan skirt and moss green coloured tights I wore because they were so itchy. I'm sure I would have been good at it.  However, we moved away from the area before I had a chance to be discovered.

And that marked the end of my Irish Dancing days.

Speaking of Riverdance, I looked it up and was once again captivated! We're used to seeing it now but when it was first performed, it was so completely different to anything before it. It blew everyone away!


Have a watch of what was one of Ireland's two high points in...like...ever.


(The other one being that  moment in 1990 when Packie Bonnar saved the day-that was the happiest Ireland probably ever will be, though, like Gatsby, we didn't realise it at the time.  We were too busy having a street party that could be spotted from space)

When we moved to our new town, I was signed up for ballet lessons as soon as I was old enough to join my older sisters.  I had been smitten by the flowing dresses they had worn at a performance and was starry eyed at being allocated the part of a baby robin in the next show. 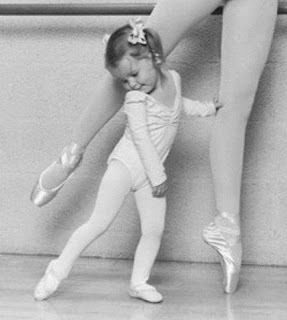 Unfortunately it transpired that my sisters weren't that interested in ballet and began another activity which was on at the same time.  In those days children did one out of school activity.


That was the end of my ballerina days.

But dance was in my blood...so not to be discouraged, some time later, another sister and I went to an open day of the now gone Digges Lane Dance Studio. It was a state of the art dance school. Our aim was to become masters of swing:

We joined one of the free sampler class and  were soon enthuiastically dancing barefoot to the strains of Reet Petite, when suddenly looking down, my sister noticed she was jiving in a pool of blood!  Somebody (clearly a worse dancer than us ) had inadvertently trod on her foot which was now spurting blood all over the highly polished professional dancefloor...which now looked something like this: 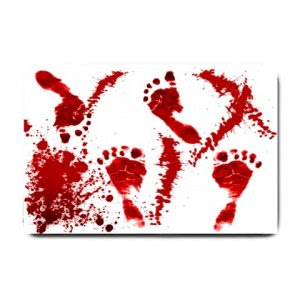 We left with embarrassed  haste.

And so ended my Swing days.

Well God loves a trier, so the next year I spotted a flyer for Latin & Ballroom Dance classes.  The day and time suited me perfectly...

The only problem was I had no boyfriend and none of my friends were too interested.  So I rang the number on the flier and told them I wanted to take the class but that I had no partner.

"Oh that's no problem at all, come along and there's always a partner to be found"

Armed with that reassurance I signed up...turned up...and no spare dancers to be found...

"Oh that's no problem" said the male dance instructor "You can be my partner...I need someone to demonstrate.."

So with stars in my eyes and dreams of my name in lights I enthusiastically joined the troupe.  All went well until the instructor needed to go around the other dancers checking on them. 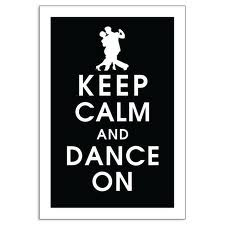 So I continued my latin moves, whirling and swirling keeping perfect time with my partner...air.

And so ended my Latin Dance days.

But this story has a happy ending.  Last year my children got a gift of Wii 'Just Dance'.  All my dreams have come true.  And even if my teens see fit to close the curtains and beg me to stop whenever I turn on my favourite tune and if even if yet another sister laughed heartily at the sight...who cares???


Well anyway, do you know that Socrates learned to dance when he was seventy because he felt that an essential part of himself had been neglected.  Time for all of us.