Idle Thoughts By The Pool

People-watching by the pool...what a wonderful way to spend an idle afternoon. Lazily watching the world go by while ostensibly  reading the 11th book in the No 1 Ladies Detective series and keeping an eye on my little brood . 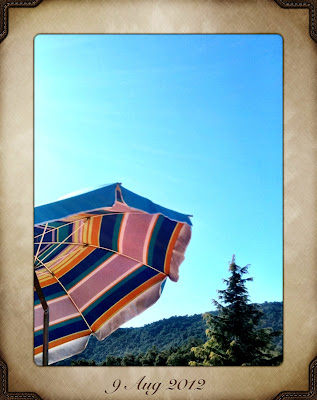 I didn't meet many of my fellow countrymen while on holidays. In fact I didn't see too many of them either.  I know this because they're easy to spot.  My little country's inhabitants have the questionable quality of being fair skinned...very fair skinned.  The first time I was ever abroad it was with some workmates on a cheap sun holiday.  I always remember something the courier for our company told us while chatting to her one day.  The only people whiter than the Irish are the people from Iceland!!  So it's easy to pick out my kinsmen from the sun-worshippers soaking up the rays, just look for the unmistakable neon white and whether there's one or a hundred in the crowd, you'll identify each one with incredible accuracy.

It's easy to spot us in airports too...it's the only queue in which the holiday-makers are still white on the way home.   Now I don't know about other countries but for some reason, in my country, a tanned complexion is generally considered so much nicer than our traditional pale skin.  Apart from our unfortunate geographical position which gives us more than a fair allocation of rain (one of the reasons for my blog title...the other one being the title of a song I used to sing as a child.  I loved the song but didn't know how it ended and so was left many times in distressed repetition until one of my parents would come to my rescue and finish the song for me.  Sometimes I still struggle with knowing where to end so I apologise if I'm ever too wordy!!)  we just also seem to have the type of skin which genetically just doesn't tan.  That is, apart from those mysteriously dark Irish particularly seen in old photographs from the time of The Great Famine and which are believed to stem from the shipwreck of 24 Spanish Armada ships off the rocky west coast in 1588 and the subsequent integration of the handful of survivors into the local communities...those people tan well.

The other downside of this milky skin is that it seems to be very attractive to little biting things.  I think we're considered a delicacy.  Any old  insect can feast on one of the 65 million French, or the 80 million Germans, or the 63 million Brits, or even one of the 16 million Dutch.  But it's the lucky mosquito who gets a taste of one of the only 4 million Irishmen who walk this planet. (Personally if I was a mosquito I'd eat the French in the hope of picking up the most beautiful language and accent on earth.)

Now the downside of people watching is that it can lead to a critical and sometimes downright uncharitable way of looking at people. Especially when one's eminently more charitable husband is otherwise occupied over at the water-slides and isn't there to point out the unkindness of one's train of thought, thereby nipping it in the bud.  I'm not saying it did...but it could lead to thoughts like "Oh my goodness...that bikini sooo does not suit that woman!!" or "If I were her I definitely wouldn't wear that!!" or "that child needs a crack on the backside!!"


I didn't say I thought those thoughts!!!

Well, back to my critique of my own people, I spotted a family of clearly Irish people find a spot at the poolside and the Myles na gCopaleen's phrase 'The Plain People of Ireland' came to my mind. The poet had in mind the ordinary decent people, the backbone of the land...my own interpretation was more along the lines of the more usual meaning of plain.  I think it's fair to say that Ireland has never been renowned for the good looks of it's people.  Less so for their sense of style or elegance.  Whatever the reason for this who knows? Maybe the history of poverty, maybe the oppression from outside, maybe the weather,  maybe the lack of exposure to a culture of elegance. Whatever it was, the Irish dress sense and care for appearance still needs some work.  Thinking of the airport queue again, it's sometimes a bit embarrassing to see the drab, even when expensive, colours, hairstyles and footwear we choose over styles and colours which flatter rather than diminish the soft look of the Irish people. 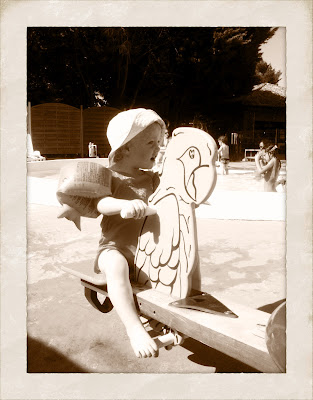 When who came to sit beside me...my Irish friend who I had judged so negatively the day before.  Within ten minutes I knew where she lived, she knew where I lived, she knew a friend of my friend's friend, her husband joined the chat...we exchanged notes on good places to visit, the children made friends. She was lovely.

This is not unusual.

When Irish people meet abroad there is no getting-to-know-you process, you just know them already.  In Ireland it's normal to chat to total strangers simply because you are both buying apples from the same stand. I did that once in a supermarket in another country and the other woman just looked at me strangely and embarrassedly moved a few feet away.  In Ireland you know the people who know people, and not only do you know them...you make it your business to make those connections.  I have a friend who worked elsewhere for eight years and in that time nobody ever asked her whether she had brothers or sisters or anything else about her life.

So, next time I was lolling by the pool 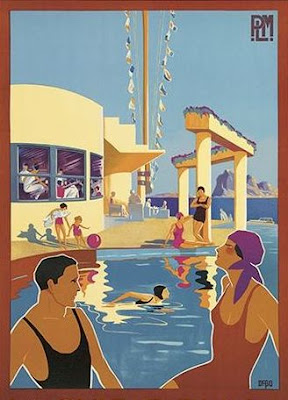 And I spotted some of my fellow country-men...
...I didn't notice their neon skin...
...or their plain looks...
...or their sad attempts of changing that colour from white
to the equally unglamorous pink and red tones of sunburn
(which coincidently matched my own)...
...or their unwise fashion choices...
(which were quite unwise)

Instead I remembered why people come to Ireland and come back again and again.

"Let's go to Ireland where all the good-looking people are!"
(that would be Italy)

"Let's go to Ireland where the people are so elegant and stylish!"
(that would be France)

"Let's go to Ireland to get a tan!"
(that would be anywhere else in the world apart from Ireland)

No, they don't say those things...

"Lets go to Ireland because the people are so friendly!!"

"Let's go to Ireland where everybody is your family"

Sometimes having so little sun has it's advantages in the long run, but it's nice to see it all the same. 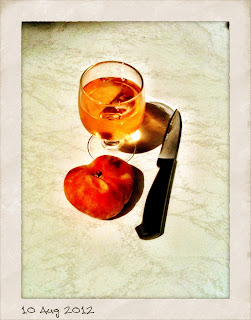 And so lovely to dine outdoors.