Who Minds Us While We Sleep?

Last year I had the briefest of glimpses into a type of  life which is completely different to my own, but then again, maybe not so different..

We were on holiday in the south of France.  When we holiday,  my husband and I try to seek out and attend mass on whatever days it may be available.  France is a beautiful place to attend mass in our experience.  The 'Eldest Daughter of The Church' is seeped in ancient churches, cool and shady in the heat of the day, beautiful statues of  Joan of Arc, Jean Vianney, Vincent de Paul, and where we were, because of the housing of her relics in the region, St Mary Magdalene, my own patron saint.  Having been born on her feast day 22nd July, I bear her name...Jennifer Mary Magdalene.

Attending these quiet masses is a great way to meet some local people, they are always very welcoming and it's not unusual to strike up a conversation. It was during one of these conversations that the young Parish Priest suggested to my husband (whose French is a bit better than mine) we visit Chartreuse de Verne, a Carthusian monastery dating back to the 12th Century which has a long history of fire, pillage, periods of forced abandonment following the revolution and more recently renovation with the aid of charitable donations and currently lived in by a community of  nuns from the Order of Bethlehem, a branch of the Carthusian Order. 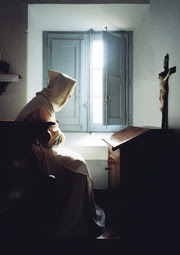 We followed his recommendation and took a day trip to the monastery.

Now I'm not recommending for one minute that you should visit this beautiful place high in the Maures Mountains, in an ancient thick forest of oak and other hard woods.

My romanticised fantasy of speeding on French hairpin mountain roads in a sapphire blue sunbeam car in the company of Cary Grant, came to a crashing end as we drove our hired left-hand-driven very wide people carrier, containing everything that is precious to us in the world, at a very slow and terrifying snail's pace up that, albeit well surfaced,  track. 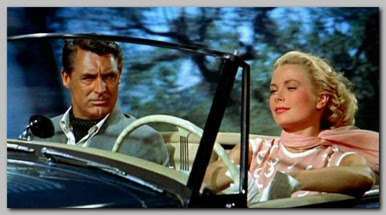 Hollywood this was NOT!

The road was exactly the width of two cars. Maybe two or three inches to spare, definitely no more than that. Blind corners on hairpin bends with nary a crash barrier in sight.  On one side a cliff and on the not-cliff side of the road, deep (and steep) storm drains.  Oh dear, my heart is pounding even thinking about it now.

And of course, once you got to the top, the only way back down was via the same road :-(

Now  as you know from my last post, I am the epitome of charity in thought and word, but that journey found me seriously questioning the cop-on of a certain French priest.

Me:  "What  type of PRIEST  sends a married man and his WIFE...AND his six children up this mountain to their CERTAIN DEATH????"

Me: "What do you mean we're not going to die...look at this road!! We are definitely going to die...if we go off this road we're DEAD...and what's more...we'll never even be discovered, unless we have the good fortune that our car explodes while we're falling down this cliff and someone sees it!!!"

Husband: " We're not going to go off the road."

I don't think I really thought we were going to die as going off the road was unlikely with my husband's careful driving. I hope I didn't anyway considering my less than perfect preparation for death. To be quite honest there was a worse road we were on earlier in the week which actually wasn't even the width of two cars.

The sisters who live in this monastery have no intentions of travelling that road.  Ever.  It is a contemplative order.  Their gift to God is their life of solitude, silence, prayer and contemplation.  This is also their gift to the World as one of the main aspects of their prayer is their unity with the world through their life of prayer. The nuns, though in the community of the monastery,  live a solitary life in silence.  They meet only at certain times of communal prayer and otherwise they live and work alone and in silence in the company of God alone.  They live by donations from outside, by growing their own and by making and selling the most beautiful statues and art work I have seen in a long time. 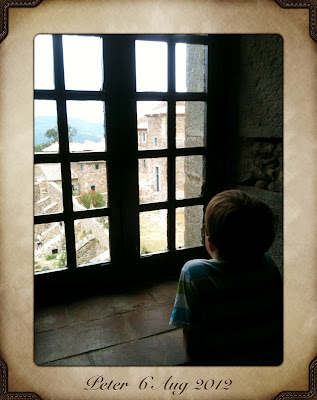 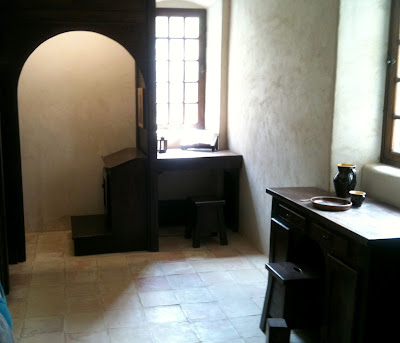 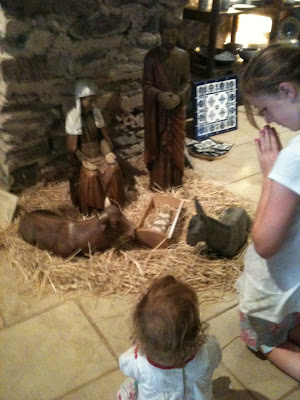 Now clearly not many people are called to live this life of austerity and prayer.  But those girls are.  We only saw one of the nuns, an extern who deals with the outside world, the others were in the areas of the monastery not open to visitors.  In one of the visitor rooms there was a short video showing the life of the sisters.  I have searched and searched but it's not available online.  There is a beautiful BOOK called Lumieres De Silence available though which is a photographic depiction of these amazing women's lives. 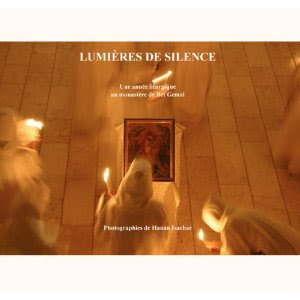 The movie Into Great Silence gives a glimpse into the similar lives of their Carthusian brothers in another part of France:

What struck me profoundly about the little movie was from the few glimpses of the nuns' faces, they were unexpectedly young.  This is no life for weaklings, these are strong, steadfast young women. Some looked contemporaneous to myself.  And they were all smiling.

Now you might say these girls and women are out of touch, running away from reality, wasting a good life etc etc etc.  But on the same holiday we also visited one of the world's playgrounds of the rich and famous, St Tropez.  I witnessed quite a bit of un-reality there in the form of yachts, swimsuits in shop windows packaged in presentation boxes as though they were diamonds, restaurants and shops which were just out of the league of most of mankind. 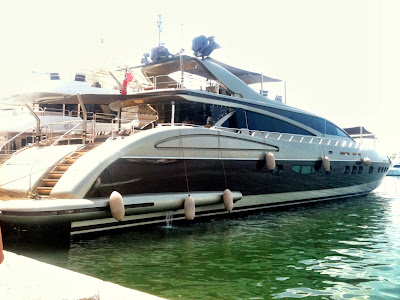 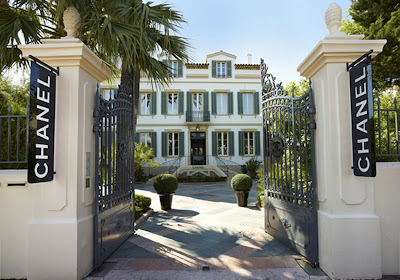 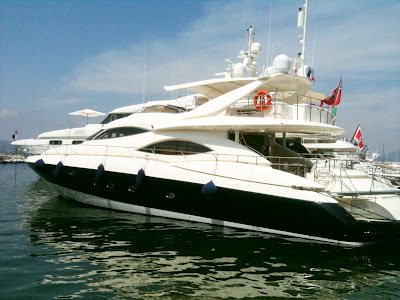 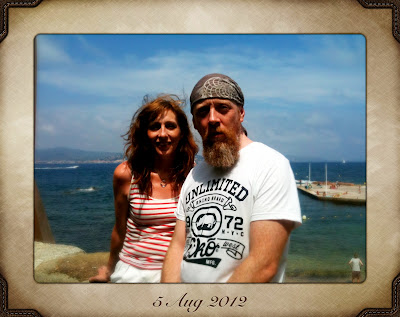 And quite simply no less removed from 'life' as the pretty ladies up in the Maures Mountains.  In fact a million times more removed.  The sisters in the monastery have the world as the subject of their profound prayer, night and day, while we sleep and while we wake.

And while those sisters are praying the Liturgy of The Hours, millions of their peers around the world are seeking escape in a world of 50 shades of  literary darkness.

Some of my atheist friends might say what a waste of a life for nothing.  But just think this...what if?  What if they are right and you are wrong?   What if prayer isn't the hocus-pocus you think it is?  What if the prayer of these ladies, so separate from the world,  is truly, as Pope John Paul said, the heart of the world, and a blessing for the Christian community and the whole world?  Yes indeed...what if? Perhaps these beautiful women (and men in other monastic families throughout the world) are really keeping all our necks above water, are really keeping watch over us, who necessarily are taken up with the things of the world.

I lingered alone for a little while in that little solitary and shady cell that hot day, with the smell of lavender heavy in the cross breeze and only the hum of crickets to be heard. 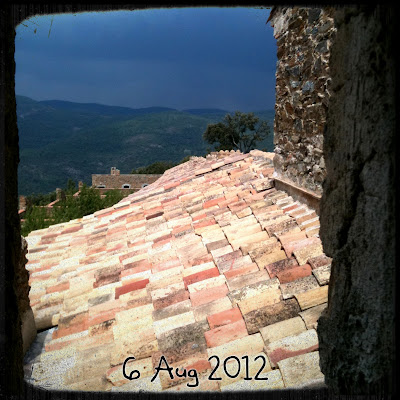 And I thought of my own life of laundry, dishes, grocery shops, bills, ironing, school runs, cleaning, schedules, cooking, washing, baby cuddles, teenage things, the mixum-gatherum of middle childhood issues, husband, extended families, ageing parents and all the problems of the world and in the middle of  all that  my own God-given vocation, the same one He gives us all...to love Him.

The one who loves the most I guess.