When I was in college I lived at home as it was within commuting distance.  In order to be on time for classes I would catch the earliest bus and to avoid rush hour traffic. The result of this was that I was always first to arrive, me and one other guy that is, he was a commuter too. To pass the hour we'd head to the student canteen and drink coffee. We'd chat a bit and then he'd pass on the newspaper he had bought to read on the train journey.  It was always the same tabloid and because I must have been brain dead back then for want of anything else to do, I'd sit and read the seedy gossip, the titillating snippets and the lewd jokes and quickly pass over the scantily clad page 3, 4, 5, 6 & 7 girls.  I knew it was rubbish then, just as I know it's rubbish now.

But every morning, after killing time with that sickly diet of the lowest common denominator, I wished I could shower.  I'd feel kind of tainted.  As though what I'd just read had stuck to me.

Just how I felt after the amount of study I put into my last post. Like I needed to wash it off.

But to be quite honest, having a shower in my bathroom has been a bit of a irritation to me this last while.


You see...my shower cubicle is made of glass..

Y'know the mineral residue that builds up on the glass of showers? The one where the minerals that are dissolved in the water stick to the glass like concrete when the water evaporates?  Of course I know you're supposed to have a conveniently placed squeegee  so that you can wipe down the glass after every shower. That's what Supermom does.  The problem with that is that my shower usually lasts all of about 1.57 minutes and I have about the same amount of time left to put on my make up and do everything  else I need to do before the next thing I need to do.

(Having said that, an afternoon shower when I've managed to slink away un-noticed and double-locked the door is sheer bliss).

I quite often clean as I go and have been known to scrub the shower while washing my hair but in general, squeegeeing the shower doors is not usually high on my priority list, I just don't have time...and I'm willing to bet you don't have time either.

Now that residue once it builds up is the devil himself to remove.  With eight bodies and eight heads of hair to be kept clean along with zero motivation coming from six of those and minimal time available to the other two, the bottom third of my shower doors is not exactly what you'd describe as sparkling. I've tried lots of things. Nothing has really worked.So of late I've just been resigned to a dull sheen on my shower rather than a glittering sparkle.


But a girl does like a bit of sparkle. 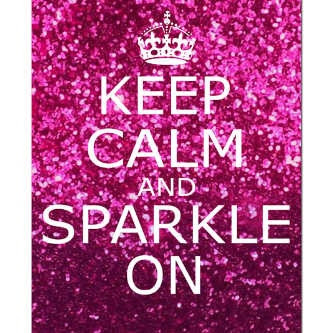 Keep Calm Everyone!!! Help is at hand!!

A day or two ago I was enjoying my nightly visual holiday on Pinterest, that little haven of loveliness in the middle of the dump heap the internet is fast becoming. If you haven't dipped in there yet, here's a little taster with my own favourite board, (feel free to follow me if you like). Of course, a bit of snarkiness can be found there too but much less than some other sites.

Well anyway, I came upon this pin:

Uses for magic erasers.  I knew I had one or two in the back of the cupboard under the kitchen sink from the time little girl #4 coloured our newly painted sitting room wall with black crayon.  Worth a try I suppose.  So off I went, rummage rummage, found my old magic erasers and headed upstairs... 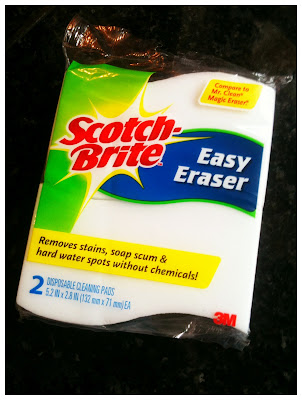 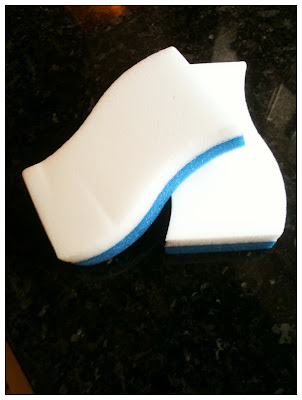 Oh my goodness gracious me!!

Here's my results on one door.  I put a towel behind the glass to show the before~after contrast. Now I have to tell you it takes a little bit of elbow grease, not too much, but it's one of those jobs that's so satisfying that you start looking for what else you can try it out on. 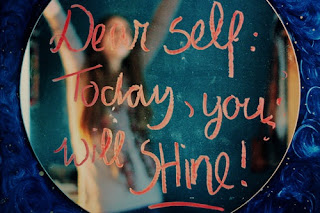 Now where are those scented candles and oils???