Have You Eyes? What Do You See?

Have you seen the movie Avatar?  I saw it just once some time ago and though I really enjoyed it I can't remember much of the details of the story except that it was visually beautiful. If you follow me on Pinterest you'll know that I love blue, so the beautiful blue race with their huge eyes really enchanted me. But one thing I do remember well was the bond between the two main characters and how they expressed the depth of that bond.  When Jake and Neytiri commit to each other in a permanent bond (marriage?) the phrase they use is not 'I Love You', which is beautiful but often used as a lie.  The phrase the Na'vi race in the movie traditionally use is 'I SEE You'. I thought that was powerful. 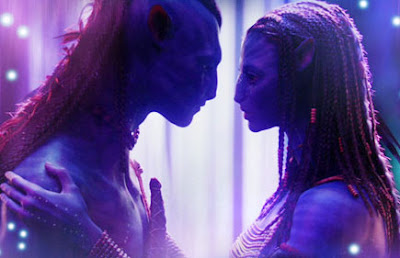 For some reason I was thinking of that phrase a few days ago and what to see someone really can mean.  How has our culture affected how we look.  Oh yeah yeah, we're busy busy busy, we have no time to stop and stare...stop and smell the roses...stop and this...stop and that...but you know, we don't just need to stop.  As well as stopping we need to learn how to look, how to see.  What do we see when we look at people?

Yes indeed we are busy, we don't have much time  how many times have you read a post on Facebook or said yourself just how beautiful children are when they're asleep?  Why is it that that is the moment we recognise that that little person is precious?  Because that is the time we look at them without an outside factor blurring our vision.  Life is fleeting and flies by at breakneck speed as we all know, we have pressure, and worries and after-school to keep up with. We think we don't have time to pass more than a cursory glance at those who pass us by, maybe a little more for those who share our household.  People in cars, people online, one face melting into another in an anonymous blur.  Faceless, anonymous...attackable.  When we look...when we see properly, we might just see that it's not a faceless entity that's there...it's someone. 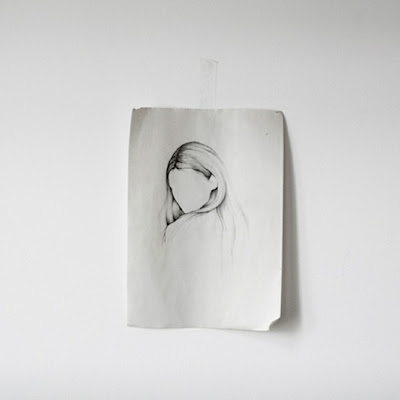 I was never the world's most uncomplaining pregnant mother, I'm afraid I have to admit my default condition was moan, groan, complain, whinge, whine.  But every so often when I was alone and I'd feel the heave of little limbs and suddenly have the realisation SOMEONE's in there!!! What an absolutely amazing thought.  Someone is there.  Unseen, faceless, but there.

Last February I started following the blog of a newly married couple Andrew and Christina, whose baby girl went in a matter of moments from 'Your Baby' to 'The Baby' to 'The Fetus' for the simple reason that her ultrasound scan showed that baby Maria Isabella had Spina Bifida.  Baby Isabella, no longer someone. (follow this beautiful story here).  My own little girl lost her right to be called someone in an ultrasound room and I can attest to the profound and long-lasting pain this causes parents.  To deny  the recognition of humanity to a person, to make them anonymous, nameless so that we no longer owe them a duty of care.  And I can attest to just how much it means to the mother of a sick unborn child to hear the word 'baby' and to be asked her name.  'Anomaly' was that her name?  We were beginning to think it was.

So how do we see 'Anomaly', born or otherwise?  My sister had a glimpse into the world of a disabled person a few years ago.  She was getting ready to go on a family outing  when she slipped on the last few stairs and badly sprained her ankle.  She was able to strap it up but the smaller children were very disappointed to miss the outing to the nearby forest park.  Her husband came up with the good idea of dropping by his workplace where there was a spare wheelchair and he could wheel my sister on the designated paths.  So they did that, and my sister had her eyes opened.  She couldn't but notice how people glanced away as she approached.  How they smiled at her husband but didn't make eye contact with her. How the assistant in the coffee shop asked him whether she took sugar in her coffee.  She was astonished!!  Obviously there's a certain element of people not knowing quite how to behave and not wanting to look rude but remember that that person is someone, say hello to them the same as we would anybody else we met on the path.

One day when our newborn little daughter was in the children's hospital a consultant came into our room doing his rounds with his entourage of medical students.  He spoke to them of the baby's 'anomalies' and their medical implications.  The group of students listened intently, scribbled notes and nodded profoundly...all except one...who looked at Louise and smiled.  About a half an hour later I heard a soft knock on the door of our little room.  It was the same medical student.  He apologised for interrupting and said he just came back to see the baby...and what was her name and could he lift her?  He looked at her so gently and with a look which said...'I see you'.  I hope he stuck it out because he is going to be a very good doctor.  He didn't just see a heart defect and this, and that, he saw someone.

When you see Christian Icon art you are looking at images which are full of symbolism.  You may notice that often the eyes are disproportionately large.  That is not a lack of knowledge of facial dimensions.  The eyes are portrayed as large to indicate contemplation.  Large enough to allow in real knowledge.

Maybe our own eyes have become too small. We're not seeing enough. Maybe it's time to open them.

Looking at someone properly doesn't change them. It changes us.  It's something we should go to great lengths to teach our children.  How to look at people.  To see them in a way that maybe the world doesn't see them.  To see them with the eyes of God.  To see the value, the worth the unrepeatable treasure of each one, whatever their 'anomaly', whatever their faults.  Jesus looked at people with compassion, who are we to do anything other than that.  Because when we look we don't see.  When He looks...He sees.

Oh...and just like Sweet Louise, Sweet Isabella is doing very well.  Please pray for both of them.