I absolutely love Hallie Lord's blog Moxie Wife.  Today I'm joining in her link-up party she's hosting in response to the difficult task many women seem to have of buying an interesting gift for that special man in their lives.  I know every year my imagination is stretched to capacity in trying to think of what on earth to give my husband, my father and my father-in-law.

I really can't wait to read the other blog posts and glean a few ideas I can unashamedly pass off as my own. Head on over to join the party here when you're finished here. I don't know whether you'll get much inspiration from me, I hope you do!


~Here Goes~
~In no particular order~ 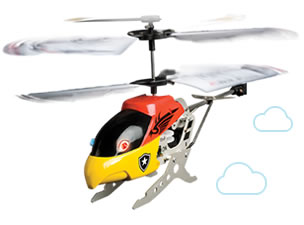 Remote Control Helicopter.
I got this for my husband last year and it really was a great hit! The fact that it was for him and not one of the children's toys made a big difference as it was up to him to master the controls.  He genuinely got a lot of fun from it until it had a little crash during the summer.  I think Santa might repeat himself on this one.  I got it from Hawkin's Bazaar which has been one of my favourite sites for quirky gifts for about ten years now.  If you're buying from them, try and get your hands on their printed catalogue.  The inspiration for the company was the hilarious Ellisdon's Catalogue from the 1930s~1970s and I think they have managed to capture the tone. 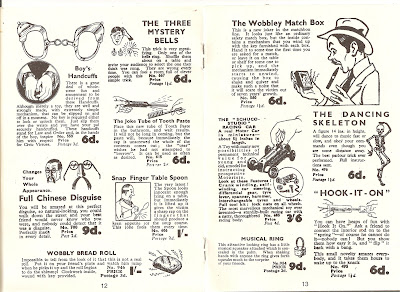 Gifts Involving a Hint of Inebriation
~ Julöl ~
When John was a student we were friends with a guy in his year who was Swedish.  He introduced us to lots of culinary delights like the very very stinky but yummy Swedish Raclette cheese and the very fun and sociable way of cooking and eating it at the table with the grill of the same name. 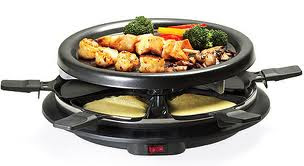 I recall a delightful road-trip home from France  one summer carrying an entire raclette cheese in the boot.  Lets just say that in spite of numerous wrappings, we were very happy to arrive home...whiffy.  It doesn't taste so strong though. 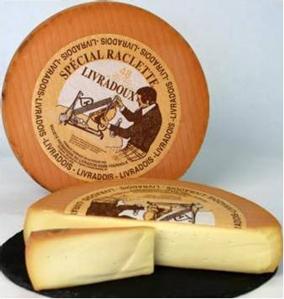 Well anyway, back to Julöl, it's a  Swedish Christmas beer that our friend brought over a few times.  We haven't seen him for years and years, I think he's a plastic surgeon somewhere in America now.  About five years ago I was talking to a Swedish girl who was a friend of my sister and I had the sudden inspiration to ask her whether she knew anybody who'd be travelling from Sweden who could bring me over a bottle.  I was in luck as her brother was coming a few days before Christmas.  So Christmas Eve I found myself driving to the middle of nowhere and interrupting a Swedish family baking Christmas Cookies to collect several bottles of Julöl for John.  It comes in lovely Christmassy bottles and John couldn't believe his eyes when he came into the kitchen for Christmas breakfast to find a chilled bottle of this amber delight waiting for him! 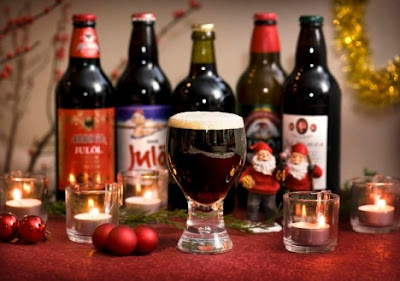 That was definitely a successful present.
Oh, By the way...Patrik...if you're reading this...call us!!
~Brideshead Revisited~
John and my favourite thing to watch together is the 1980s production of Brideshead Revisited.  It's also my favourite book, like, ever.  When I finished reading it I didn't partake in any unnecessary conversation for several days, I needed to ponder.  Well either last year or the year before we were on a christmas outing in Dublin with the children, looking around the magical old backstreets and antique shops when I spotted two champagne saucers just like those used by Charles and Sebastian. 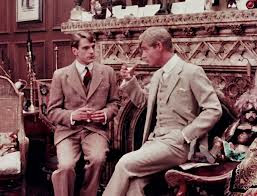 Oh swoon...
We don't manage to knock back quite as much as they got through but it's a real treat to pour some Lidl  prosecco into our Brideshead glasses.  Oh here...I'm off to pour a glass...you watch this...I'll be back in a minute...
The boxed set would be a good gift too but we already have it.  Did I mention we love it?  Oh yes, I did mention that.  And Charles...Oh swoon...

~Traquair Ale~
When we lived in Scotland one of our favourite haunts was Traquair House, a place seeped in history of the most exciting type, which you can read here. 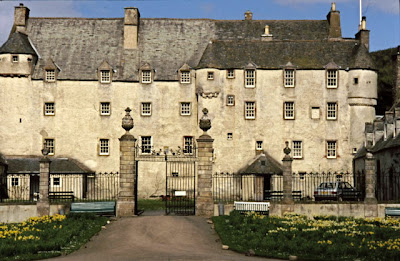 There is a small specialist brewery attached to the castle and they sell small quantities of Jacobite Ale.  It's not my cup of tea but John likes it so one year I asked some friends who were coming over to bring some I could give him for  Christmas... 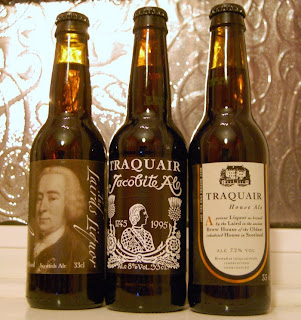 ...Score!!
Traquair Ale has a very limited availability but another specialist beer or ale might be a good idea. A reader on my Facebook page suggested an enthusiasts membership of a brewers guild, I thought that was a great idea for the right person.
Gifts Reflecting My Husband's Maturity
~Judge Dredd Mugs~ 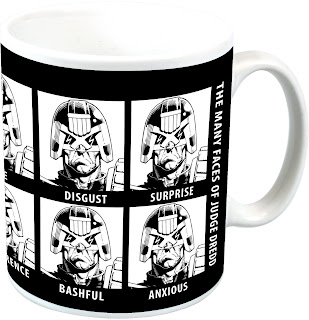 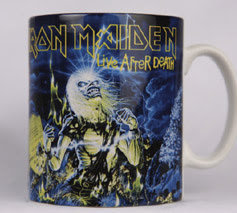 Which you can buy here.
All Roads Lead to...
While browsing online last year I spotted a sheet of GIFTWRAP for £3.
I bought it for John's Christmas present.
And got it framed...
It was one of the best presents I ever gave him..

As a matter of fact the lady who owns the framing shop told me a man begged and pleaded with her to sell it to him while it was waiting for me to pick it up.  Thank goodness she refused.
A Few More Suggestions
I asked on my Facebook page for a few suggestions:
Red Letter Day...a day at the Race Track with a Formula 1(or 2) experience. The husband who received this gift was grinning for days.
Simpsons or Football Club paraphernalia.
Swiss Army Knife
Funny PJs
Gig Tickets
Yearly Pass to a Water Park
(Clearly this one comes from sunny Australia, not Ireland :-))
Surprise trip to visit an old friend
(I love that one)
A BBQ Cooking course.
Beer
(see above)
And finally, the best present I ever gave my father.  Being the eldest of his generation, he owns the >200 year old family  ancestral cottage in Connemara in the the West of Ireland.  It is such an amazing place. 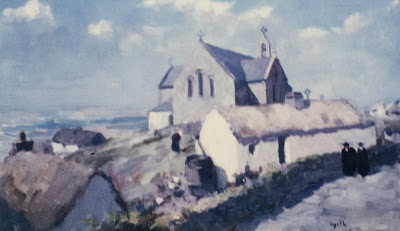 It's the (smaller) little white cottage to the left of the picture here.  It no longer has the thatched roof but is just as magical.  I know it's probably his favourite place in the world.  Well one Summer's day I was sitting in an armchair looking out the door at the dry stone wall and the fuchsia bush and windswept garden with a camera in my hand.  I was just clicking away at the timeless scene when I had the GREAT idea of getting one of the resulting photographs blown up and printed on a canvas for his upcoming 80th birthday.
I have never been so satisfied with any present.  I can't locate the picture in the computer just now but it was just perfect.  He can sit at home in the East and imagine he's sitting in Connemara.
Well I hope that's triggered a few ideas.  I'm heading over to Moxie Wife now to get a few ideas for myself. See you there x