So More Doctors Smoke Camels Do They?

OK, this isn't going to be a 'get your life in order, girl, it's the New Year don't ya know' sort of post.  It's more a bit of me throwing my tuppence ha'penny into the wind and maybe somebody might benefit a bit from it.

Long ago in the early days of cigarettes smoking was thought to be harmless, you know..More doctors smoke Camels than any other cigarette...gave the impression that cigarette smoking was actually endorsed by doctors.  Some went so far as to suggest that smoking was beneficial to health.  We know now that that is rubbish and anybody who lights a cigarette for the first time now is fully aware of the long term and multiple health, financial and social consequences of their actions...a fool in other words. Not so of the generations who first experienced the 'joys' of social smoking. It was chic and fashionable. They were blissfully unaware of any consequence and so could not be blamed for the ill health they or their children suffered down the line. 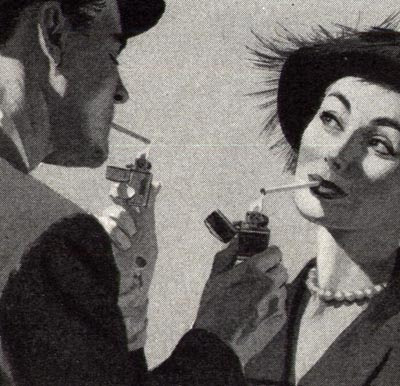 I'm going to propose that this generation is in the midst of something similar. Only the consequences aren't so much related to the damage to our health.  I think the consequence is the damage to our personal relationships and in particular to marriage.  This is the first generation where practically everybody has access to unlimited information, unlimited entertainment, unlimited everything the internet has to offer, the city that never sleeps...Facebook, Twitter, Pinterest, YouTube, always there, undemanding and fun.  We've launched headlong into the online party and we're all having a great time.  I think that's fine.  Except...we should know, there's no such thing as a free lunch.  Internet is free (we think), Facebook is free, so is Twitter, so is Pinterest, YouTube and all the rest.  So what's the price? Is there a price? Are we paying it? I think we are...or we will, unless we realise that like smoking, the internet can cause damage. Oh yes, even to us adults whose job it is to guide and instruct those entrusted to our care.

I think part of the price that will be paid for the convenience of the entire world in our back pocket...is marriage.

That sounds a bit dramatic, and it is a dramatic thing to say. I'll say it again though...watch your marriage.

I have brought this topic up in conversations a few times over the last few months.  The response I've received has done nothing to convince me that marriage is not damaged, not by the internet per se, but rather by the way we use it.  And I think it is happening to the best of marriages. I recently spoke to a newly married couple about the danger of iPhones/iPads and so on to a marriage relationship which by it's very nature needs conversation, intimacy and time to grow and thrive.  Both of the spouses cheerfully admitted that their evenings are typically spent each on their respective iPad and not much conversation would pass between them.  The frightening thing was...BOTH of them thought this was normal and fine.

We only have one computer in our home-a laptop.  With the number of people with 'things' to do using the computer, it's been a built in protective to any one person overspending time online.  Firstly it's obvious you're on the computer, it's cumbersome and you can't do anything else at the same time, apart from watch some brain-dead television perhaps.  Introduce smart phones to the picture and it's a completely different scenario.  It's so easy to flick, or slide, should I say, the phone on and check updates, statuses, tweets, pins. It is as Oscar Wilde would say...The Maximum of Temptation With the Maximum of Opportunity.  That's fine when your time is your own, but what when the constant checking is done in moments which out of justice belong to someone else?  Your spouse. Is it a form of stealing? Stealing time that belongs to your marriage and to your spouse.  I certainly know that there have been plenty of moments when my husband was trying to converse with me and I've been distracted with something on Facebook or in a Twitter discussion or some other online activity.

No matter how altruistic our internet conversations or discussions are, they should not be at the expense of the person to whom we have promised something more than the view of the back of a computer or criss-crossed fingers holding a phone.

Marriage is more important.  If you are Christian, and believe Christian teaching...Marriage is nothing short of our path to Heaven. A reflection of God's spousal love for US.  Wow!! That's pretty big eh? Big enough to be worth protecting from the storms which blow from every angle. 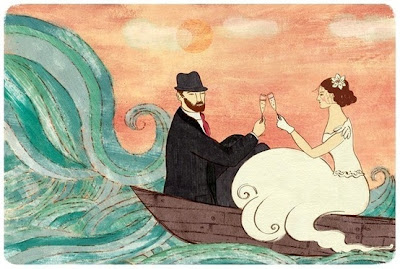 Internet addiction is being named more and more by psychologists. I think as parents we tend to see the dangers for our children and teens, while at the same time missing the elephant in the room...our own internet follies.  It's very hard to correct teens for something we ourselves are guilty of.  We practice and display temperance in every other area of our lives and yet our children can at times find it hard to get our attention.  In some ways I think the phenomenon is similar to the smokers of old.  The internet is new.  It can do so much good, it benefits our lives no end.  But we need to proceed with care, knowing now what we did not know ten years ago...the addictive element to the internet.

Like any habit, good or bad, practising it is what makes it become part of us.  So how we treat the internet should be one of the habits we are constantly trying to develop for the good.  Allocating specific times.  Setting time limits, making a list of what we want to do or check while online are all useful tools.  I don't think banning the computer is a good idea...you throw the baby out with the bathwater, you cut off the friends you maybe only know online...and I've said repeatedly, they are real people and not unimportant.  Sometimes just becoming aware of a trap is enough to help us to avoid it.  A method I've personally used from time to time is to change my passwords and ask one of my older girls to key in a new one for me.  It just reduces the temptation to constantly 'check' as I have to find her to log me on. I'm still in touch with what's going on, I'm still joining in the fun but it's just a simple tool to help develop the good habit of using the internet and my time properly.

And now I can't share this till tomorrow as my teenage password holder is asleep in bed. Oh well..