This may seem naïve, like throwing a thimble of water onto a raging fire.  Believe me, I am not naïve, as I write this I am listening to blanket world news service about an unfolding event which might shortly bring even more bloodshed.
I was going to write a blogpost about so many things that I think about the terrible events in France.  About victim blaming...I cannot even count the number of times I've read 'they were asking for it'. 'Well they did 'offend''. A roundabout justification even if follows a condemnation.  'I'm sorry but it was your fault' is not an apology, it is a kick in the teeth.
About majority sympathy being lavished on those who are offended rather than those who are killed.  About wondering how reposting disgusting cartoons is somehow helpful, how some have posted beautiful cartoons like the Charlie Brown one is maybe more sensitive.
How nobody lavished victimhood on the ordinary catholics and priests, all of whom were tarred with the brush of the horrendous acts of a few and were all blamed as though we knew and approved of them. I see very little commentary on the fact that synagogues across Europe are now given police guard during services...the stealthful creep of anti Jewish sentiment is going un-noticed and I see it becoming fashionable in my own peaceful country with one country being portrayed as evil incarnate and it's neighbour as innocence personified.  Political/cultural unrest is never so simple.
About how we are all Charlie and yet none of us is the unborn child equally the victim of massacre. How I disagree with the publication of pictures and videos of the death of anybody at the hands of another...and the compulsion to look at them. I don't know how many pictures I saw last year of children triumphantly holding up the heads of murdered men. Do we become immune to these acts? Is it helpful to see a man being put down like a dog or to see tiny dismembered children? Is it more helpful to show the humanity and beauty and value of every life, like the biography of the understated policeman, or the devout and selfless lives of an american journalist or British aid worker? Or the beautiful photos of life in the womb which show that the victims of that hidden massacre are indeed our brothers and sisters? I think so.
I was going to write about how 9/11 was the day the world became a more scary place.  How the scary thing is that we all look at people differently and more fearfully.  I was sitting somewhere recently near an extended family from somewhere in the Arabic world.  It struck me that the only place I have heard that sort of language this last year has been on horrible videos celebrating atrocities.  I felt sorry for them because in spite of how 'normal' or good or decent they are, nobody has any way of discerning the one in 1,000,000 who will do harm and so the decent folk are feared because of the acts of a few. 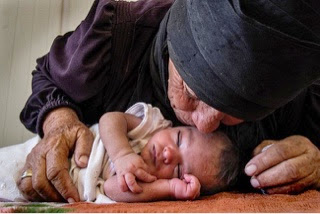 About how I don't blame satirists for their own death but how equally I am uncomfortable to sidle up with artists whose only aim is to offend and insult not least, perhaps even more vehemently, my own Faith. About how secular Europe is still riding on the back of it's Christian roots, forgetting that getting along with our enemies...forgiving them...not seeking revenge and vengeance...loving them even...are remnants of Christian culture which was not the norm before Christianity, and when that goes, as it surely will if we continue along this path, we are in serious trouble.  That maybe it's time to examine ourselves and the way Europe is heading and that perhaps we need to change something and revive our identity.  Just too much effort has been made to rid Europe of Christianity while at the same time there's a piercing silence on rising unease and a head in the sand approach to history.  I think it was Churchill who said that the further back we look into history, the further into our future we can forsee.  Instead of bovine cries of 'what about the crusades?''what about the inquisition' by people who know as much about either of those events as they do about how to build a time machine, maybe we should actually study history in it's raw truth rather than in an ideologically edited version.
About how I am afraid as a mother because my own child is in France, in a peaceful town where a disturbed young man drove at speed into a crowded Christmas Market which my child had visited several times...a disturbed drunk boy from a messed up family jumping on the back of a dangerous ideological mindset. I don't think this fear is over dramatic because I know about the low grade stress of family living in the northern part of my own country during troubled times, how mothers were nervous every time their teens were out. A more intense fear compared to that of mothers in peaceful places who still are fearful for the safety of their young adult children.
So I'm not going to write all those things, they're too unformed and garbled...the same way lots of the commentaries are unformed and garbled. This isn't a political blog, it just me and what I think.
But this is what I am going to do. Today, every hour I am going to post a picture on Facebook of somewhere/someone beautiful in the world, beginning with France. It's naïve in it's simplicity but I hope maybe it will serve to remind us all that while the world is a scary place with so much unrest and hatred and...dare I suggest it?...sin. In spite of that, the world is a beautiful place.  It is good, people are good and life is valuable. I'm not trying to start a meme or to trivialise events, I just hope to apply a little salve to all our wounds. 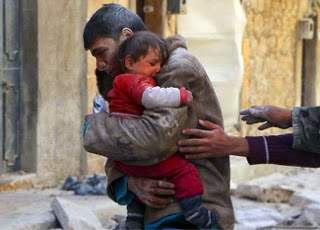 Jennifer
Posted by Jennifer at 11:24 AM