A Rose For Louise

My little girl has a heart operation coming up in the next few weeks.  It's not open heart this time.  They'll go in through her leg and up through her arteries to reach her heart.  It will be a two stage procedure, first they'll insert a little balloon to temporarily close up the fenestration which the surgeon made during her last surgery then monitor her lungs for a few days to see whether they can tolerate the new pressures.  All of these things are designed around protecting her organs as much as possible, not just heart but also lungs and liver.  Well if her lungs rise to the occasion they'll remove the balloon and permanently close up the hole which should finally see us bringing home a pink girl. I love blue too but this little girl needs to be pink.

So the success of this operation is 100% dependent on a little pair of lungs.  This morning I looked up to find out who is the patron saint of lungs. Lo and behold, who is it but one of the most approachable and loveable of all saints... St Therese of Liseux.  Which suddenly reminded me of a very interesting story that really happened.  I had completely forgotten about it.

If you read my other blog you will know that when Louise first made her presence known to us in the form of two pink lines I didn't think for a single minute that we'd be bringing home any baby.  Although I have what is now considered a 'lot' of children, I also have a long history of pregnancy loss.  You never get used to miscarriage and you never become expert at dealing with it no matter how old a hand you are at it.  Babies aren't replaceable be they born or unborn.  I never grieved a 'pregnancy', I always grieved that baby...a person in their own right, no less someone than I am.

I spent the first few weeks of this pregnancy in preemptive grief.  I had just lost four babies one after the other (accounting for the seeming gap between Louise and her nearest sibling) and there was no differential to suggest that this baby had any better chance.  I was grieving her when she was still alive, waiting for another miscarriage to happen, but still, hopeful that maybe this time would be different.

In his bedside drawer my husband keeps a first class relic of St Thérèse, The Little Flower as she is affectionately called.  I think we all know that life's difficulties are a great impetus for heartfelt prayer.  I know that some of my readers who aren't Catholic have difficulty with the Catholic tradition of praying through the intercession of saints.  It's very simple really...we ask each other for prayers here on this earth all the time.  Please pray for my intention, my child, exams, financial worries...and few of us will refuse that request.  Oftentimes we particularly seek out those we seem to be maybe more 'holy' than ourselves to put in a good word for us with God.  I know in Dublin there used to be a great tradition of single young men and women dropping donations of food into the cloistered convent of The Poor Clares, requesting in return that they might pray for a good spouse for them.  Well it's no different with the saints..ordinary folk like you and me who had faults and struggles but who kept getting up and starting again and finished the race. Of course we ask our friends the saints to pray for us. We're not praying to them, instead we're asking them to also pray for us.

Well back to Thérèse, she is such a lovely saint.  When I was a child my mother told us about a particular devotion to St Therese.  A nine day novena of prayers. Now the different thing about this novena is that the tradition is that as she had promised before she died at such a young age, St Therese would acknowledge those prayers with a rose which would be received before the end of the nine days.  It's not any guarantee that you are going to get the thing you want in the way you want...God's plans are often a bit better than ours, but it's like a little calling card that indeed your prayer has been heard. I have heard story after story about those roses unexpectedly being received, including in my own family. Anyway, not to get a rose, nor to test God, nor in any way looking at this little relic as a talisman, rather a momento of someone we love, we printed off the particular rose novena to St Therese from the EWTN website and John and I prayed in earnest that this Saint, who had said such beautiful things about unborn babies, would intercede for this hidden little one who nobody knew was there except for her Mummy and Daddy.  Nobody else knew I was pregnant. We began the first day at about 11pm. 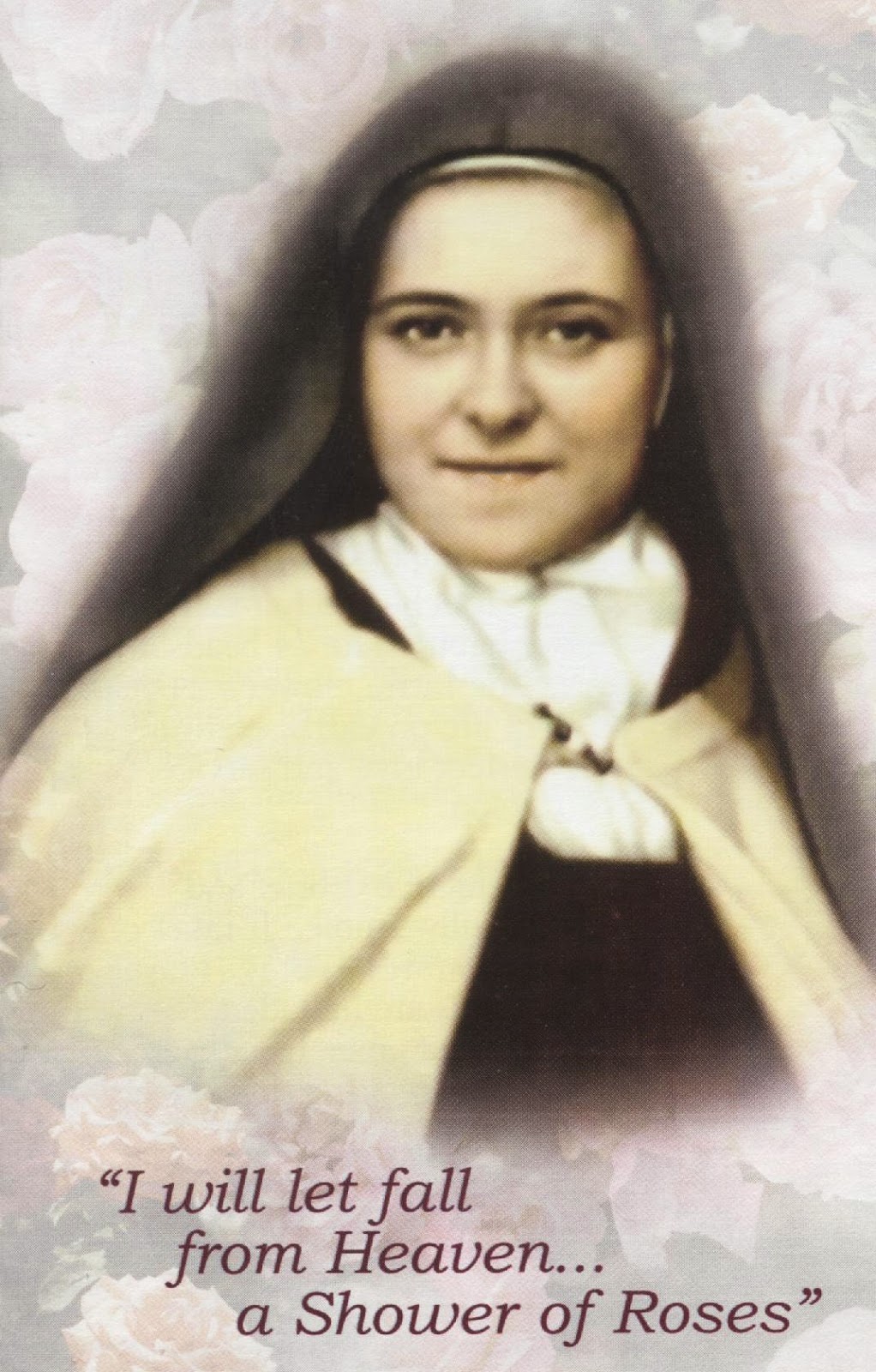 Every night before sleeping we recited the prayers and blessed our little one with the relic.  Each day passed and no rose appeared.  It didn't matter, we know God hears our prayers and we don't need proofs. Then a few days before the end of the novena, maybe day six, it happened to be my birthday.  My sister sent me a bouquet of flowers.  A mix of pretty scented Lillies, carnations and...roses.  Hmmm....it was a bit of a stretch to consider that this was the rose.  Still...a rose is a rose even if I was sceptical.  Day seven...day eight...nothing. Day nine my husband came home from work and said that a patient he rarely sees had come in and as she sat down she lamented to him that she had picked his wife a bunch of roses but had accidentally left them on her kitchen table. Well, getting warmer, but that someone was going to give me roses wasn't exactly a miraculous event.

That evening for some reason all our children were down in their grandparents house, we must have had a meeting or something to go to. John went down late to collect them in time for bed.  My mother-in-law was out somewhere so only Grandad was home with the children. Now my father-in-law is one of the nicest people I know.  He's always in an even good mood.  However, the gift-giver, as in most husband/wife arrangements, is Nana.  Grandads sign their name to the gift.  My father-in-law, as is normal, doesn't really give me gifts,  he has never given me flowers.

After John had put the younger children into their seat belts he chatted for a while to his Dad then started up the car.  Suddenly out of the blue his father waved him to stop.  He went over to his rose bush and picked the perfect head off a bloom and handed it to one of the children saying 'give this to your Mummy'.  He knew nothing about either the novena or the pregnancy. 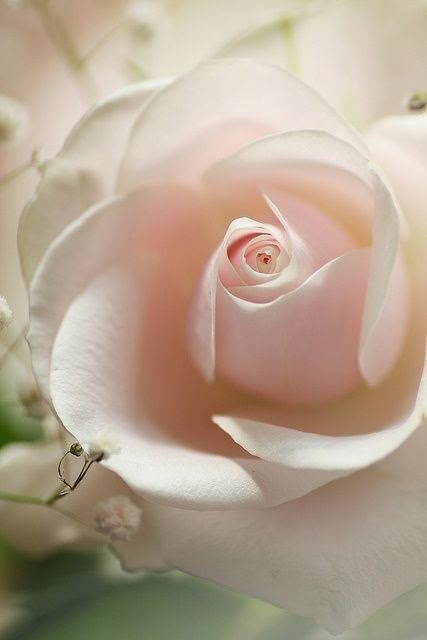 My husband and children arrived home and, at about 10.45 pm, handed me the beautiful and most unexpected rose, 15 minutes before the 9th day of my novena was over.