I Packed My Portmanteau & In It I Put..

Do you remember the game we used to play in school-I Packed My Portmanteau?
There are lots of variations of this memory game but this was the one I played. Each player added an item to the list of 'stuff' packed in the portmanteau and the next player had to remember and name the items in the correct order. The random selection of zany items packed into those holiday portmanteaux was usually hilarious! 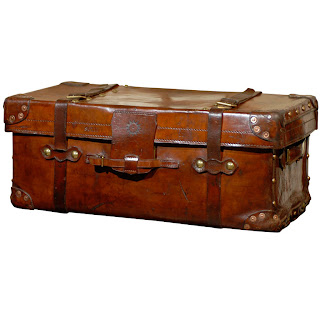 It was one of the many, many car games I regularly played with my siblings, as we travelled 14 miles to and fro (no not barefoot) to school each day with my father who was the Headmaster to a small country school. Lots of journeys to invent ways to pass the time. In the 1970s car heaters were for keeping the windscreen clear, not for the comfort of the children piled in the back, so arctic survival was a frequent theme during the winter with my father's big and comforting anorak and some tartan blankets that lived in the car as props. As well as no heat we had no seat-belts either, so we had blissful freedom of movement.

Unless, that is, you were going on holidays and you happened to be the eldest of the youngest half of the children.  Then you were squashed in the back with two sprawling, sleeping little ones, as well as with all the bed linen needed for eight people for the entire summer (the roof rack being already crammed to capacity) in Heaven By The Sea.

In that case, there was no movement of any sort-free or otherwise!!

Anyway, back to the portmanteau.

I was reminded of it today when I was practicing what I preached and doing a bit of decluttering. I decided to attack the cupboards in the laundry/utility/kitchen storage area.

This is what I found:

I 'unpacked' my portmanteau, and OUT I took; 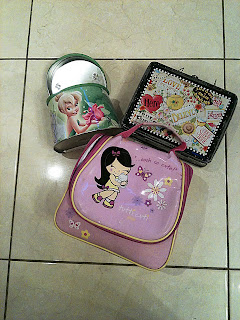 Two lunchboxes with broken handles, one with a broken zip. 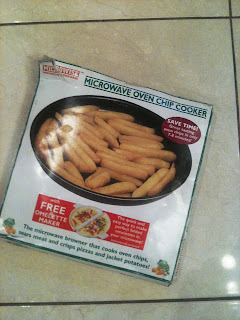 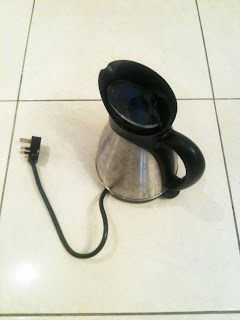 A kettle that won't turn itself off (in case we ever have a crowd in). 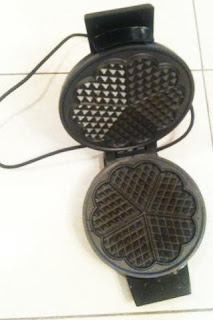 A Waffle Pan which was used every day for about a week. 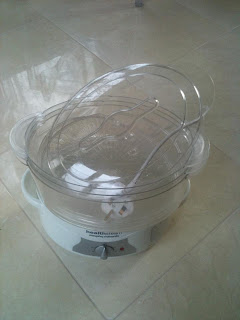 A bulky, bitsy steamer which I thought would be a great idea
but is a pain in the neck to assemble, clean and store so it's never used. 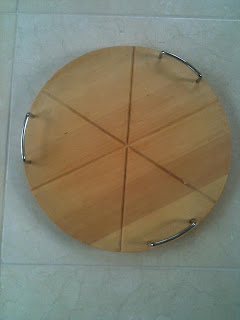 A huge piece of wood to show you how to divide pizza into six pieces. 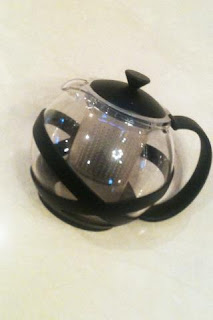 Some sort of gimmicky teapot I bought. 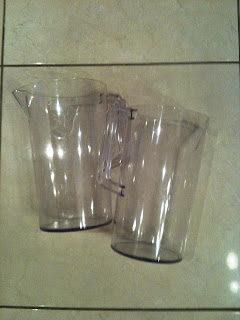 Two huge pitchers I have no idea why I bought
(maybe the above mentioned crowd?). 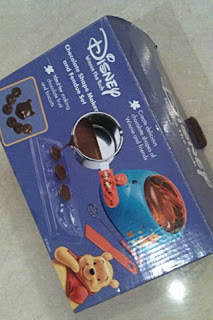 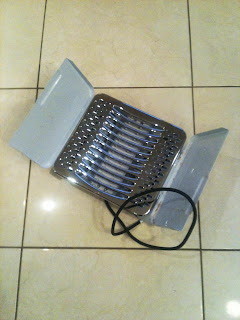 And I'm embarrassed to say..A Plate Warmer!
(Was I gone off my rocker?)

Not a single one of these items has made my life one bit easier, has made me happy, allowed me to have more time with my family or have been worth the money I paid for them.

What they did do, however, is take up valuable storage space in my home,  making my life actually more difficult as I struggled to tidy up, find suitable places for things that are really useful and used.  Many's the time I have been like the conductor on the proverbial Chinese train, pushing with force trying to cram things into unavailable space.  With six children in the house, often times the grocery shop has been left overflowing onto worktops while this rubbish languished pride of place in my cupboards.

So enough is enough, this stuff is getting it's comeuppance!!

OK...Now here's your challenge...go and have a look and see what junk you are lovingly storing in your premium storage spots.  I'd be very interested.

Good Luck with that.

And I hope you enjoyed your date night :-)