Before I start I want to warn you that this post and the links within it are adult material.

At the moment I am researching a post on sexuality education for middle school aged children. I want to do it properly and recommend the best sites and resources because at that age it is important to respect the delicate innocence of childhood and not barge in in an inappropriate fashion...least of all grouped in with their  co-ed class peers. I have ordered quite a few bits and pieces to review before I write it.

In the meantime I want to write this important post because I think the two topics are linked. How we understand the human person, including ourselves, will definitely be reflected in our behaviour toward others in all the varying types of interactions we have, be it saying please and thank you to a shopkeeper to the way we treat people in the area of sexuality.

The organisation in my country which works tirelessly in the area of prostitution and trying to help those caught up in this degrading 'trade' to get out of it is called Ruhama. Only yesterday I read a post they put up about the sheer numbers of girls involved in prostitution in Ireland. Roughly up to 800 girls in every nook and cranny of the country, this number is verified by the police. On a very quiet night each if these girls sees 6 men. On a typical night 12-15. According to both police and Ruhama, there is no 'typical' man involved in buying sex, they come from every walk of life and if anything those with more disposable income are more likely to spend it in this way. This Irish survey on escort agency 'clients' comes up with some harrowing statistics.

I am not going to address the criminal aspect of prostitution here in this post, I don't have enough, or any, inside information to present that isn't available elsewhere. Instead, I want to have a look at the men and how I think there is a very real link between the erroneous understanding of the human person and the willingness to avail of prostitution.

These are 'ordinary' men, husbands, brothers, fathers, employers, work colleagues, men we meet in the normal activities of our days. They more than likely come across as decent guys. So what mindset leads to this shady and exploitative activity?

Very recently a joint charity fundraiser took place between a girls secondary school and the corresponding boys school in the same town. It was a 'Blind-Date' event along the lines of the very entertaining Cilla Black show of the 1990s. The teenage girls and boys took turns to ask the mystery contestants questions and choose who to go an a date with based on the answers. All of the contestants were aged between 15-18 and I am sad to say had between 11 to 14 years of 'Catholic' education completed. 11 to 14 years of captive audience who could have been given a foundation of excellence in how to look at other human beings.

In the presence of their peers and teachers from both schools here is a small example of the questions and answers that were received with great applause by not only the other students but also with great hilarity by the (in loco parentis) adult teachers to whom part of the responsibility of these young people's moral formation has been entrusted.


Girl: "Boy...Describe yourself in three words"

Girl: "Boy...what one item should you bring on a date?"

Boy: "A wheelchair. Because you'll need it by the time I'm finished with you!"

Boy: "Girl...what is your favourite word?"

(Out of all the beautiful, wondrous and uplifting things in the world, a teenage girl can find nothing more attractive than a chemical hormone which she has been led to believe will enable her to engage in consequence free sexual activity...I wonder where the condom for her human heart is?  To the best of my knowledge it has yet to be invented.)

These are not even the most explicit examples, I wouldn't even write some of what those teenagers came out with.

It seems that out of 24 contestants, two boys and two girls did not come out with this type of answer. None of those four were 'picked'.

Now I know some will accuse me of prudishness, it's only a laugh and the kids are not actually intending to act out their 'bravado'.

However, that is not my point. My point is that this is the level of how (these) teenagers view the opposite sex and that they think it is acceptable to speak in such a demeaning way about themselves, their self-identity and their attitude to their peers of the opposite sex.  Their idea of a blind date was not to get to know the girl or boy in order to discern whether they would like to see more of them.  Rather, each teenager's expectation of the date was an opportunity for loveless, sexual activity with no regard for the actual person behind the screen.  I have spoken several times before in this blog about looking at a depersonalised version of the people we meet, I think it is demonstrated so strongly in this teenage event.

One of the saddest things that struck me about this, apart from how the adults stood over this demeaning behaviour in the other people's children they are supposed to be guiding.  I wondered whether the parents would be proud of a son implying that he would be so abusive to a girl he didn't even know as to suggest she'd need a wheelchair...by the time he'd  finished with her.  Would the girl's parents be content that this is what they'd hoped for their child?  Do we remember that not only girl hearts are precious?  Boy hearts are precious too. 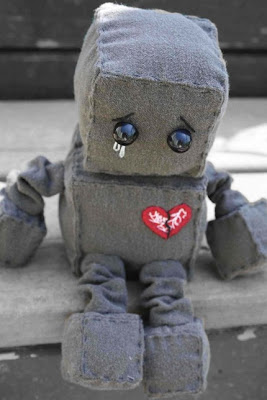 That was terrible but I think even sadder is that both the boys and the girls who came out with the most sexually explicit and morally absent questions and replies were the ones who were 'chosen'.  In other words, teenagers not only are settling for less...they are actually seeking out the less.

The teenagers who were in the audience of this event thought the replies were cool and hilarious and really could see nothing at all wrong. I find it hard to believe that this school and these young people are any different, or worse than the vast majority of other schools.  I don't suggest that these are bad kids, I'm suggesting they haven't a clue about authentic sexuality, how sex has something to do with love, how it has something to do with permanence, how it has something to do with new life.  Why do young adults have such a poor understanding of their own nature?  Because it seems to me that the focus of sex education in schools in Western culture has little to do with aiming for excellence but rather is an exercise in damage control.

Now how is this related to prostitution? Yes, I know, the world of prostitution is many faceted and I have no intention whatsoever of giving a simplistic answer-I am just addressing this one thought.

At the expectation risk of being called over-reactive I can see a link.  According to police, by and large, the men who avail of prostitution are ordinary guys.  Is it such a surprise that boys who emerge from the education system with no concept of the personal and absolute precious value of the other are turning into men who think it's fine to pass money to a pimp for sexual 'services' from a precious, unique and unrepeatable person?

Prostitution can be tackled by criminalising the purchase of sex, by clamping down on human trafficking, by all sorts of legal channels.  But the problem is also a moral one.  Every single man who pays for sex is also someone.  When teenagers have such an empty understanding of sexuality, can we be surprised that every single night up to 9,600 'Ordinary Guys' have such little regard for themselves, for their families and most of all for the (usually trafficked) girls who they queue up for their turn to abuse.

In 2009 a research study was published into why men pay for prostitution.  It makes very disturbing reading.  Clearly there is a moral problem going on here.  No human fault ever just manifests itself fully blown out of nowhere.  All human attitudes and habits begin as something small...maybe in this case a simple 'joke' in a high-school fundraiser, where smutty answers at a blind date show  got a good laugh, even from the adults?

And that is why I am putting even more effort into finding good resources to recommend to help us guide the children and teens in our care to aim for the excellent way.  I can't end prostitution, but if one ordinary guy learns love and respect and self-giving, maybe instead of 9,600 men, there will be 9,599 and that one less will be your son.

And for our girls...check out this Dump Him List...


The last thing I'll say is I wonder about the wisdom of a school standing over this fundraiser, rude comments or not.  Teenage dating is a huge issue for many parents and is something which needs to be considered very carefully.  I'll blog about that another time.