I came upon a website a few days ago and this post which really grabbed my attention.  The title itself would grab anybody's attention 16 Ways I Blew My Marriage.  I began reading it and couldn't stop.  When I came to the end of the post I noticed there was another post called The Other 15 Ways I Blew My Marriage...That makes it 31 ways this guy blew his marriage...or make that two marriages.  Who would want advice on marriage from somebody with such a poor track record?  Nobody you'd think, but this guy has clearly thought long and hard about what went wrong.  It takes great humility to take the blame for something so sad and momentous as a marriage break-up.  Not many achieve that and spend their lives blaming the other person or at least excusing themselves from blame with the 'it just didn't work out' line. 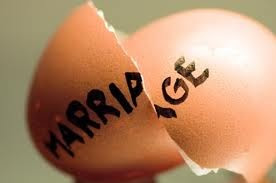 I don't need to write a treatise on the problems and pressures marriage is facing in today's culture, both from within and without.  Marriage is fragile, just like us, made of earthen vessels, easily broken when not protected.  So how did this man blow his marriages?  Did he cheat on his wife?  Was he cruel? Nasty? It doesn't appear that he was any of those things.  What really grabbed me was just how small and simple are the tiny fissures which can shatter the strongest of rocks from repeated freeze-thaw-freeze-thaw action.  The damage isn't noticeable when the fissures are microscopic but when the rock shatters, it's too late then.

There is not one of us who can say we're perfect.  Not one of us has the perfect spouse.  We are all struggling through.  Sometimes (as is my slightly over-dramatic tendency) I wonder to myself what if.  What if  John died?  What would be the things I'd regret not having done for him.  Believe me, the list is extensive and I don't think I'm all that bad as wives go. But I know those are the things that would play on my mind because time can't be relived, I'd be so sorry for not making his life nicer at those tiny moments.  They are always small, but small is important.  Then...what if I died...what would John be sorry about?   Not in a babyish 'he'll be sorry then' way but what would he regret he hadn't done a bit better?  What are the would haves, could haves, should haves?  The list I've come up with in my macabre thoughts is a lot shorter than mine but there are things...and maybe the fact that the first thing on this man's post is also the first thing I have on my imaginary list is maybe why I read it to the end.  Because it is long, and I know that people don't like to read long posts (so I'm sorry mine are always too long!)

So anyway, when I got to the end of the two posts I spotted that he has mad them available as a printable pdf document.  I'm linking it here and I'm going to ask you to join me in printing it off and sitting down with your spouse and have a read of it together.  The fact that it's not your marriage you're reading about it will be easier to discuss what you can personally do together to make your marriage better.  Every marriage can be improved, every person can be improved and I think the rewards to be reaped will be more than worth the effort.  It's easier to recognise where we fail ourselves than to have another (your spouse) point it out to you. Husbands...make sure you read this too, the marriage isn't just the project of your wife...it's your responsibility to be the husband God has called you to be.


Here's the link to the printable version.

31 Ways I Blew My Marriage

Good luck with that and have fun.  Let me know what you think in the comments box.  I really am disproportionately delighted when a comment appears. 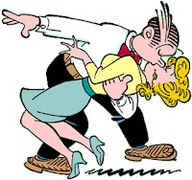