What stark words that say something in a few letters that could not be explained in a million.

When a friend dies it changes a person in many ways.  There's a hole left. There's grief of course.  To feel real grief for the first time as my husband is doing is a profoundly painful, disconcerting thing.  It sets off so many trains of thought about times gone by.  Things said and left unsaid.  Trains of thought about the future and what it holds with that one hole there.  The compassion of grief for the family, also friends, who are left with an even bigger and forever un-fillable absence.

But amongst all the turmoil and tears of a lost friend, something constructive.  Not every funeral inspires us to want to be a better person precisely because that person's path crossed ours.  I've really only attended two and both of those have been within the last year.  One, that of a beautiful man who died in an act of un-speakable evil and horror...nobody ever gets over that.  The other, the farewell to another beautiful man whose death, as deaths go, was idyllic only for the fact that it came 40 years too early. He died in the intimate love of his own home, cared for and loved by his wife and in the company of his three far too young children.

Now here's the thing.  The illness and death of our friend has triggered so many close conversations between my husband and me.  Conversations about life's biggest issues really, but not in a woe is me sort of way.   About how none of us is guaranteed tomorrow...about how all we have is today.  I know I've blogged before about treating people kindly, but now I'm touching on something deeper.  Our legacy.

Our friend was a wonderful man.  I overheard my husband recall of him the words applied to Jesus...He did all things well.  he was a wonderful doctor, husband and father.  As an effort of consolation (though I know there is none) to my grieving friend I have said more than a few times that her husband has done all his parenting in the time he had.  His children have a legacy to live up to.  Something noble to justify.

Now this is what my own husband and I have been saying.  Neither of us is guaranteed tomorrow-or even the rest of today.  Yesterday our family both immediate and extended, and numerous friends (some of you who are reading this) were caught up in an incident involving a very possible and immediately imminent gas explosion.  It didn't happen and the fire officer told John later that nobody was in any real danger, though none of the dozens of adults evacuating children to a safe distance, grabbing tots that weren't theirs and shoving preteens behind walls knew that.  The urge for survival and to protect the tiny kicked in in a way I've never witnessed before. Incredible sight.

So if John or I were to die tomorrow, or next year, or any time really...what legacy have we left?  Have we done our parenting well enough for it to be considered complete?  What would our children have to live up to and to anchor them through their lives?  What if we don't die?  Same question. 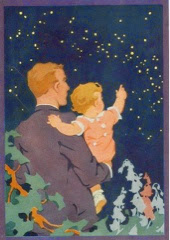 We have to think long and hard what we want our children, or our spouse, or colleagues to say about us, to remember us by.  We need to then BE that person, or at least try.

Surely write a bucket list.  I want to achieve certain things, ride in a balloon, write a book, speak French.  I want to visit Castle Leslie in England where Brideshead Revisited was filmed.  No harm in those dreams.  No harm in hoping they become reality.  But really, what matters if they don't?

I had a relative, now passed away, my father's cousin (first cousin once removed?) who,  just a few years ago, returned from a very very far away country for a visit and it was my honour to host a little family gathering in my kitchen.  One thing he said will always stick in my head.
Before he came home people asked him was he visiting Connemara, Cliffs of Moher, Dingle Peninsula?  His answer? 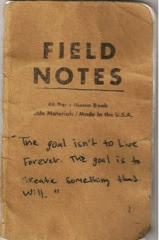 So the two of us have come to the conclusion that great ideas are only that, ideas.  It's actions that count.  In honour of and to live up to our two passed friends we are doubling up our efforts, ( and I emphasise effort, because we'll never realistically achieve what we wish to be) to be the person we'd like to be remembered as.  To be the spouse who made the other feel loved.  To be the friend someone could turn to.  To be the parent they'll boast to their grandchildren about. 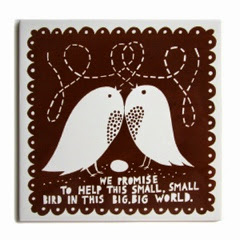