A few days ago I found a little old dog-eared prayer book in a shoebox of little old dog-eared prayer books in my attic. My husband and I had accumulated them over the years from childhood prayer books to second-hand bookshop finds.  At some stage between moving house and de cluttering this little collection got packed away. Too many and too impractical for downstairs shelf space as they would be vying for position with Meg and Mog and Green Eggs and Ham and would most likely be torn to shreds by sticky little hands. This little book caught my eye as I was packing away last year's schoolbooks and I tucked it in my handbag to use during the little snippets of time I glean throughout the day as I wait in my car outside schools, ballet classes and sports grounds. The language is old but the sentiment is as new and untried as ever. 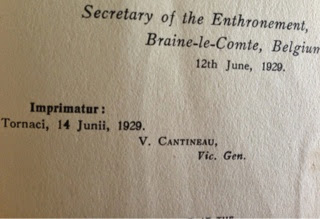 1929.  Who bought this? I love wondering about things like that...like who carved this stone rope knot on the doorway of Selkirk court building in Scotland's Borders? 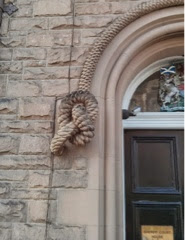 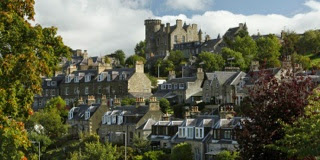 Were they related to the man who runs the chipper there where a fish supper will literally feed our entire family.  No stomach could physically fit in the amount of delicious chips and battered fish wrapped in newsprint paper. Beautiful Selkirk where Sir Walter Scott sat in his courtroom just a stone's throw from his Abbotsford home in Melrose, a little village which God placed there for no other reason than to delight the eye.

There are no useful shops in Melrose, just lovely places to pass the day like a little antique shop where my father stocked up on vintage sheet music, a toyshop selling handmade delights fit for Santa's elves...and best of all a pie shop which I knew I shouldn't enter but whose inviting window displays and a combination of pregnancy cravings and pregnancy laziness overcame the thoughts of cholesterol and heart health. 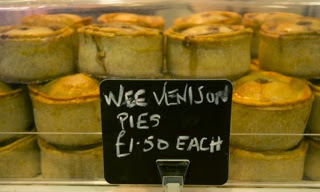 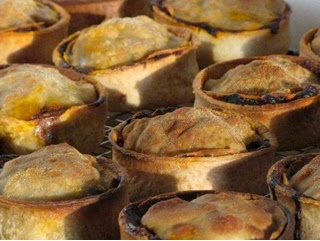 Well I was sitting with it this morning and I found this in it: 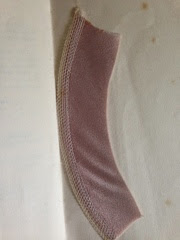 What is it? There's the ever-so-slightest aroma of pipe smoke off it, or maybe it's the smell of a turf fire? It has been carefully cut off something and placed in someone's prayer book. Who did it remind someone of?

I turned a few more pages and this fell out...a piece of a letter used as a bookmark. 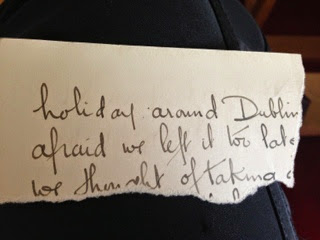 Such beautiful handwriting. How many of us have such lovely scripts today? Not many. It's almost a relief that documents are printed out nowadays, one of our children's birth certificates is handwritten in such untidy immature writing that barely stops short of a heart as a dot on the i's.  such a shame for a document she'll have for her entire life. Oh well.

Then on the other side an address: 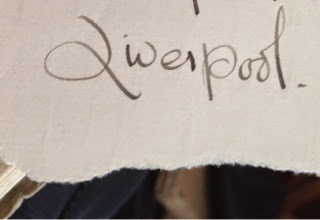 I know of no relative on either side who lived in Liverpool so long ago.  Then again maybe my husband bought this on one of his many student hours spent (usually with me) rummaging in Greenes Bookshop when he should have been studying. 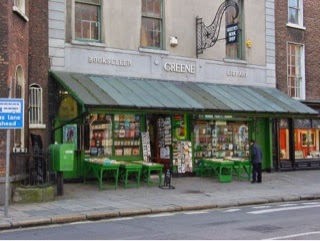 So I looked up Google Maps.  It's a funny old street.  On one side council terraces and the other beautiful red brick detached homes.  Of course everything in Liverpool is red-brick. Which side of the street was home to the writer of the letter? A simple council flat or a comfortable home with perhaps paid help? 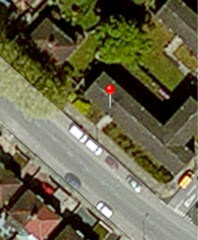 So who was it? Who wrote that letter and who received it?  Who snipped the piece of fabric and placed it in his or her prayer book.  How did the book end up in a little  old bookshop in Dublin.  To be bought by a medical student almost 70 years later. 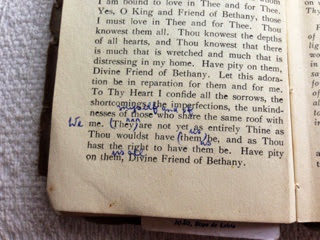