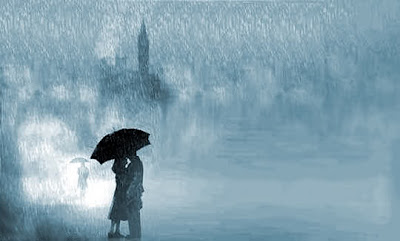 It must be almost six months since I said my next post was 'Date Night' and the fact that it's only now I'm actually writing it is kind of indicative that date night is not something that magically happens by itself.

You see I needed to prepare for Christmas, then there posts about spring cleaning, decluttering, miscarriage, chivalrous knights and quick takes...everything that pushed 'Date Night' down the priority list.  And that is exactly the way date night was treated for a long time in my offline life too.

Another time I might post about getting into the 'mood', setting the romantic scene and so on but in this post I want to get across that date night is not something that should be neglected in any marriage, no matter what the material means, no matter how limited our time or no matter how tired we think we are.

As usual I can only illustrate with things from my own life though this isn't a blog about my life per se. Mainly it's what I know so I'm pretty sure of the facts.  Secondly, I don't think I'm that unusual, so I figure that if something applies to me there's a good chance it will apply to lots of other 'usual' people too.


Here's our little history of how we learned that we had been missing 'it'.

You may know by now that when we married my young husband was a student and had several years of lectures, exams, long hours in hospitals, rotations and more exams ahead of him.  Study was pretty much the priority.  As hoped, babies came hot and heavy and we were delighted with them all, little dollies to dress up and cuddle and nurture.  I worked full time with some 'unsocial' hours up until baby #2 arrived.  As well as that there were both families to spend time with and my own mother wasn't that well. Every waking minute was busy busy busy.

Now looking back I never once remember the thought crossing my mind that there was anything we were missing.  Now and again we would be invited to friends homes or attend a party together and after J qualified there were a few medical lectures and dinners to which wives were invited (not any more).  The common denominator of all these 'dates' was that we were always with other people and we would spend the evening small talking with other people with barely a sentence or glance shared with us as spouses.
They were all things we more or less had to attend. They weren't dates.

From time to time one of us would say we should go out together...just us.  But when it came to actually arrange something we'd think of all the excuses and reasons we couldn't go out.  I don't even have to write them, you could rattle them off yourself...no babysitter, babysitters are (very) expensive...

(Gone are the days when teenagers were willing to sit in a house long after TV shut-down listening to a ticking clock and trying to stay awake lest you should be caught asleep on the job when the couple decided to lurch home at 4am having sworn blind they'd be home by 11pm and throw you £2...a pittance even then!)

(sorry that was a rant, but I enjoyed it-nothing like the high horse of the memory of past injustices to get the blood pumping)

It was just too much effort and we didn't really mind as we'd just gotten into that pattern.

Jump forward about 14 years and five babies later,  in a darkened ultrasound room our perspective took a u-turn.  Over the next few months we were told to prepare ourselves for life with a very sick and probably disabled child.  Now amongst all the spiritual and godly and altruistic reactions to this change in our lives, we are all still human and it would be a lie to say it didn't strike me that our freedom of movement was about to be curtailed dramatically. However difficult it had been to organise a night out before this, there was no chance now.
Around the same time this happened, a young mother I knew was diagnosed with a terminal illness. Her advice to everyone she met:

'Appreciate your husband while you can and DO things together'

She had the same regrets we were now feeling: you don't appreciate what you have until you see it slipping away.

Busyness is no excuse.

So we had a few last months before our sick little baby was going to arrive so what did we do?

Made up for lost time!!!

We literally tried to cram a lifetime of date-nights into those few months.  Every evening we were both free we went for an early-bird, a movie, a drink, a walk...like the autumn frenzy of ants gathering their winter supply.  But y'know what...it was GREAT!!! I loved every minute of those evenings.  We had even more to talk about those months and a dim restaurant and soft music helped put everything in perspective.  We talked and talked and talked like we hadn't done in years of nappies and runny noses.

So you know what...no matter what difficulties this new little person was going to have, the marriage was still the most important thing and date night was going to be something that needed to be factored in come hell or high water.  Just because something is difficult is not good enough reason not to do it. (In fact that's another post I'm planning one of these days).  So date night is here to stay.

Sometimes we go once a week, sometimes once a fortnight but when I know it's coming up I feel a spring in my step, I'm thinking what will I wear..make a little extra effort with my hair, with my make up...a spray of perfume.  And maybe some nice candles by the way find their way into the boudoir...

And far from the children pining for our return, they're delighted to get rid of us for the evening...usually with the instruction... 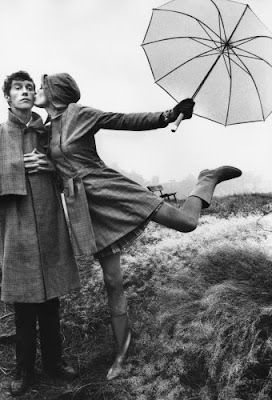 So what are your thoughts on dating your spouse?